In this post we introduce two new features of KeepTool 14.2.0. INSERT scripts generated by Hora now may escape Unicode characters in SQL. Furthermore, we want to show the new filter expression editor that allows you to easily formulate complex client-side filter expressions.

INSERT-Scripts created by Hora now allow you to optionally escape control characters or non-ASCII characters using UNISTR calls.
That allows you to code special characters independent of NLS character settings. The follwoing screenshot shows a sample INSERT script that has been generated by Hora. 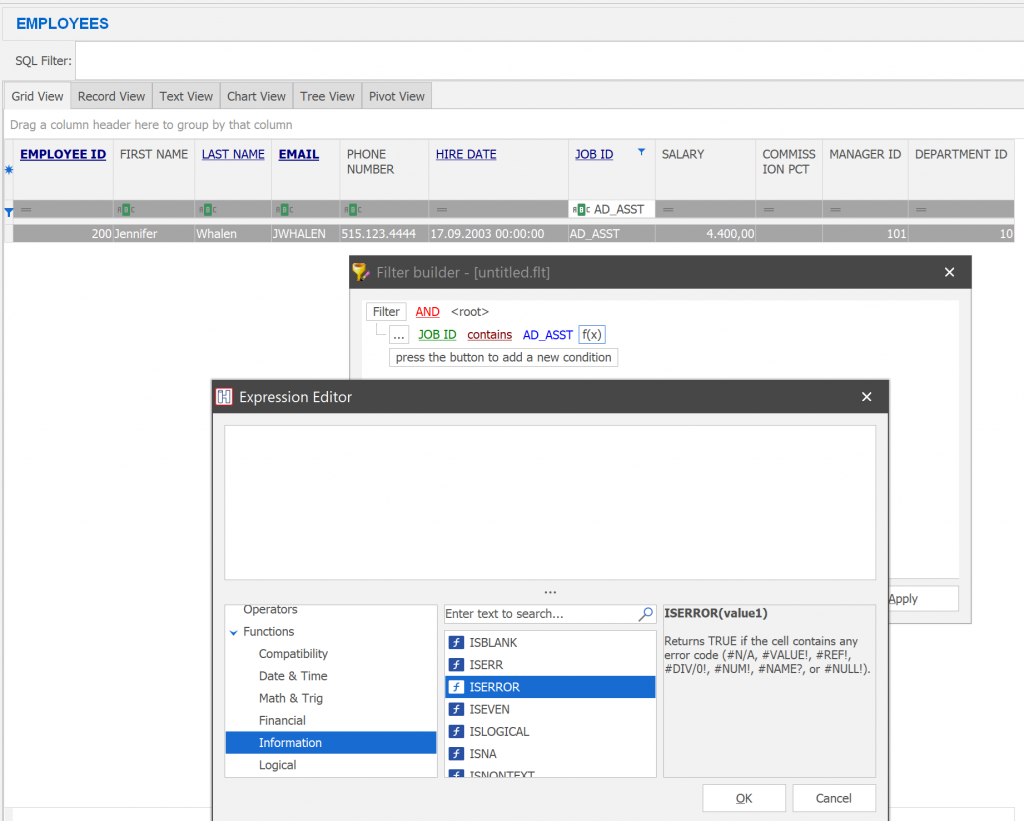 You will find helpful new features at https://keeptool.com/en/products/release-notes/. As always, a relevant part of these features is based on our customer’s input. You can be sure that these ideas are coming straight from the needs in daily work with Oracle databases and will give significant support.